ARTICLE
Be clued up with the latest happenings around the industry right here. We have the connect you need.
Rugby World Cup 2019 – Fan Zone

Cresta Shopping Centre partnered with prominent brands Huawei and African Bank, to bring our shoppers the “World of Rugby Fan Zone” in the Food & Entertainment Court. A viewing experience was created with our Large Food Court Barrel Screens. Seating pods & clusters are installed and positioned around the Upper Level and Lower Level balustrades of the Food Court.

The campaign created a lot of excitement in the Centre and had created a different ambience for our shoppers. One shopper even stated that he felt as if he is at an actual stadium. It has brought in the sense of pride to our shoppers in support of our Springboks Team. The shoppers came in support wearing their full Springbok Gear on the Saturdays where the Springboks was playing to watch the game at the Food Court. The Food Court was full of a lot of excited shoppers as they were focused on the Rugby Match.

One of the attractions during the match where our Cresta Aquarium Mascot (Crestal), who did a meet and greet with our shoppers around the food court. She surprised all the Springbok Fans with a free Rugby Ball for all who wore their Springbok t-shirt in support of the national team. The Rugby Fan Zone campaign made Cresta an attractive destination, as many were able to watch the game and also enjoy their meals. This made their ‘shopping’ day a little more exciting. 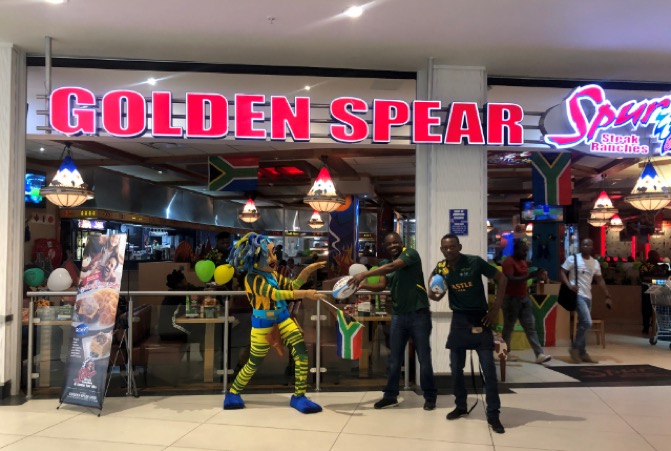 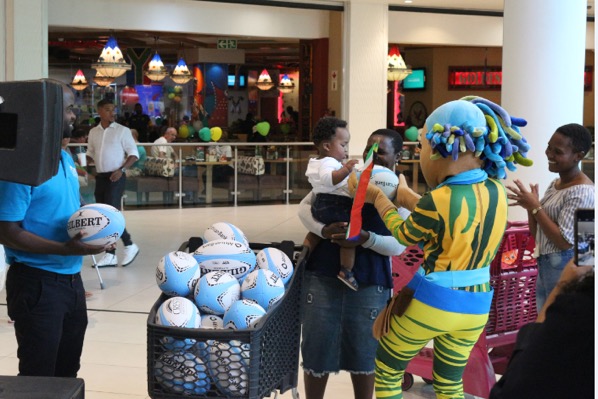 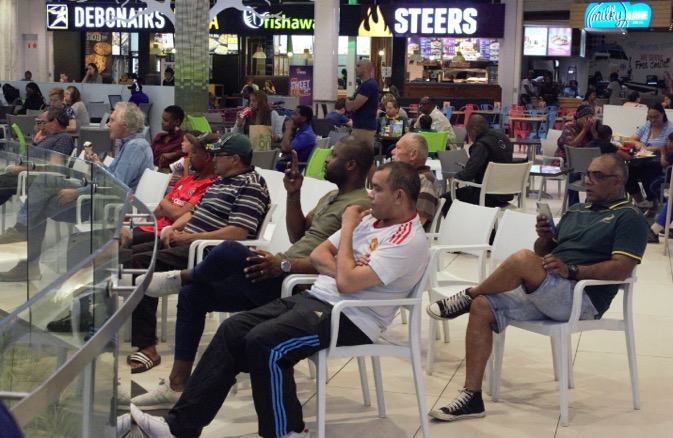 Southgate shoppers were challenged to bring their ‘gees’ to Southgate Mall and back our boys in the game between South Africa and Namibia. Bianca Le Grange provided engaging entertainment. She got the crowd going with her live performance as well as fun competitions with spot prizes. The Big Screen was set up in the food court, which gave shoppers an up-close view of the game. 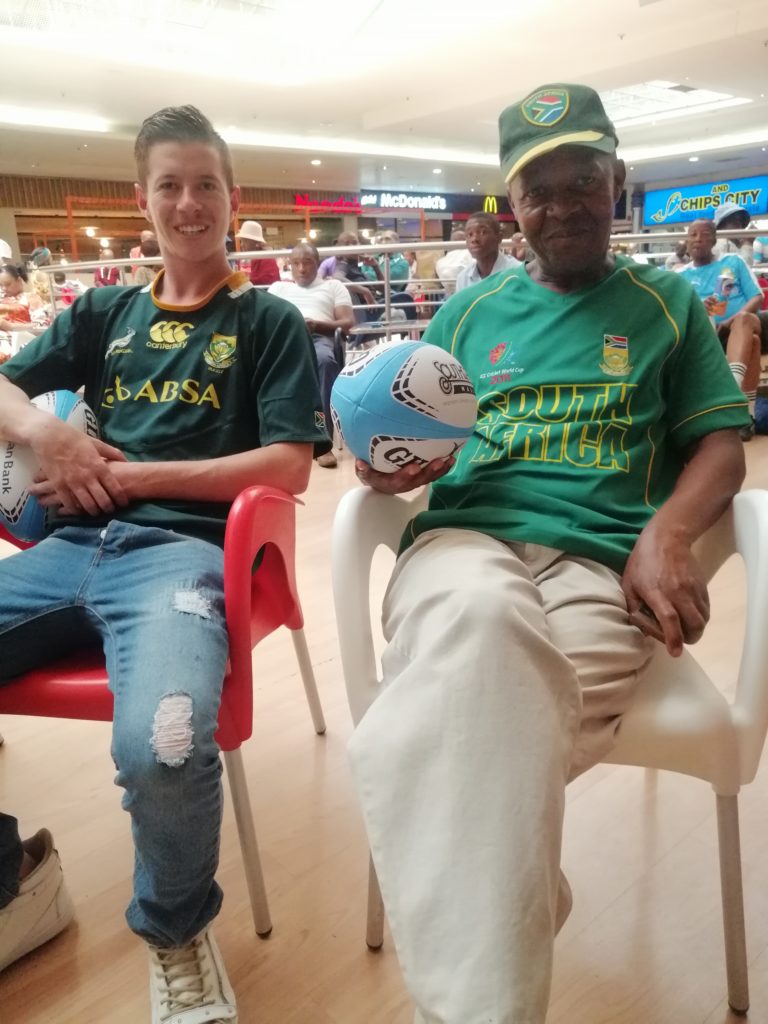 Our World Cup Rugby Fan Zone campaign came to an exciting end on Saturday 2 November where the crowds flocked to Tyger Valley to watch the Rugby World Cup final.

Supporters filled the levels of the centre encouraging the Boks to bring the cup home. The contagious gees filled the corridors with festivities on an all-time high, enticing the masses to break out in song and dance to celebrate the Springboks win.

Tyger Valley is extremely proud of the Boks and is tremendously honoured to have hosted the Rugby Fan Zones throughout the World Cup period. The Boks have once again reminded us that “Together we are stronger as a nation and united we will stand!” 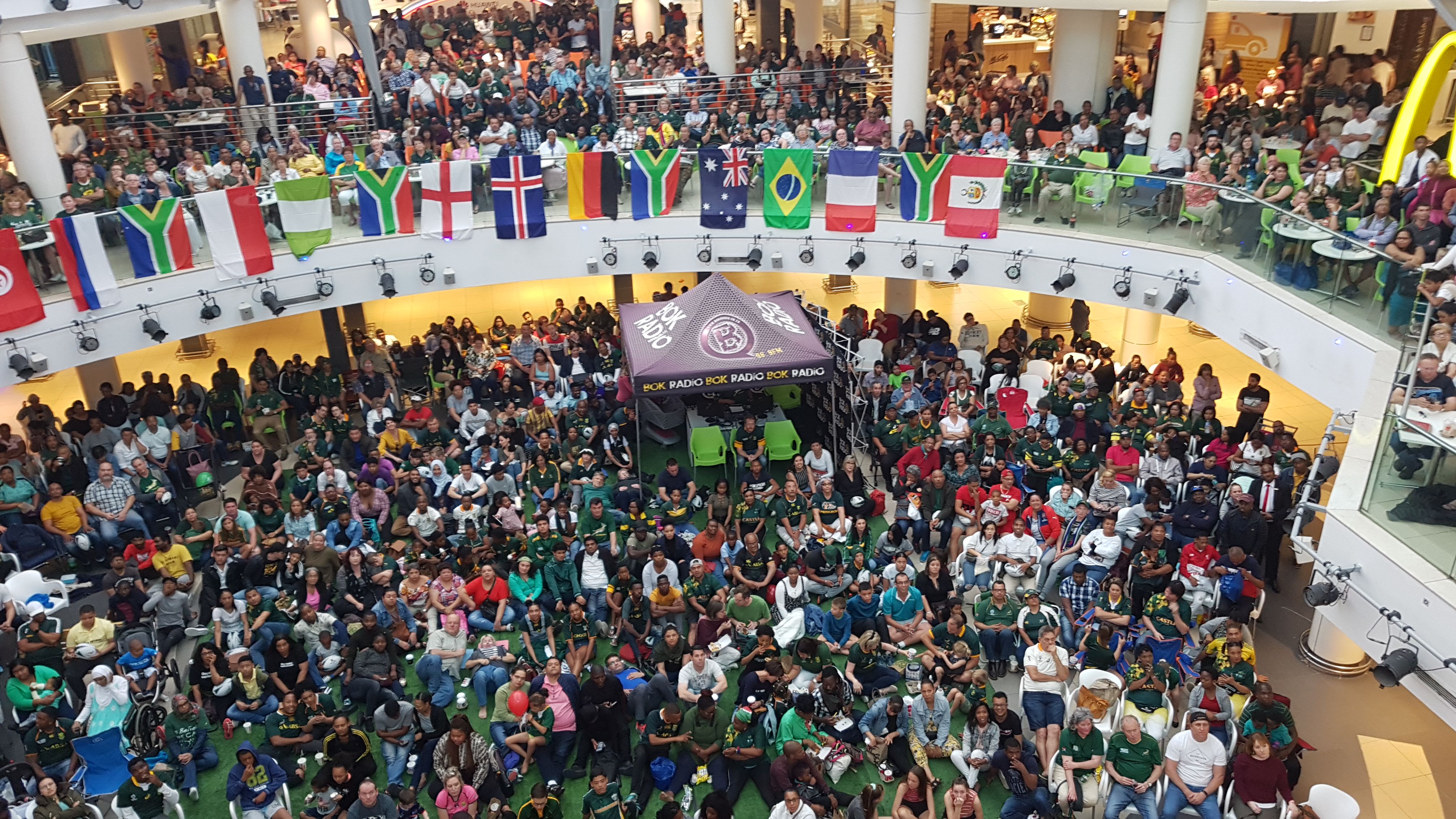 During the Rugby world cup events, the Pavilion hosted each Game at our Food Court to experience the rugby match on our huge screen, with entertainment from different DJ’s. Each week amazing prizes sponsored by Huawei were up for grabs including branded rugby balls. A few of the Sharks rugby players made an appearance and autographed some of the rugby balls for the die-hard fans. 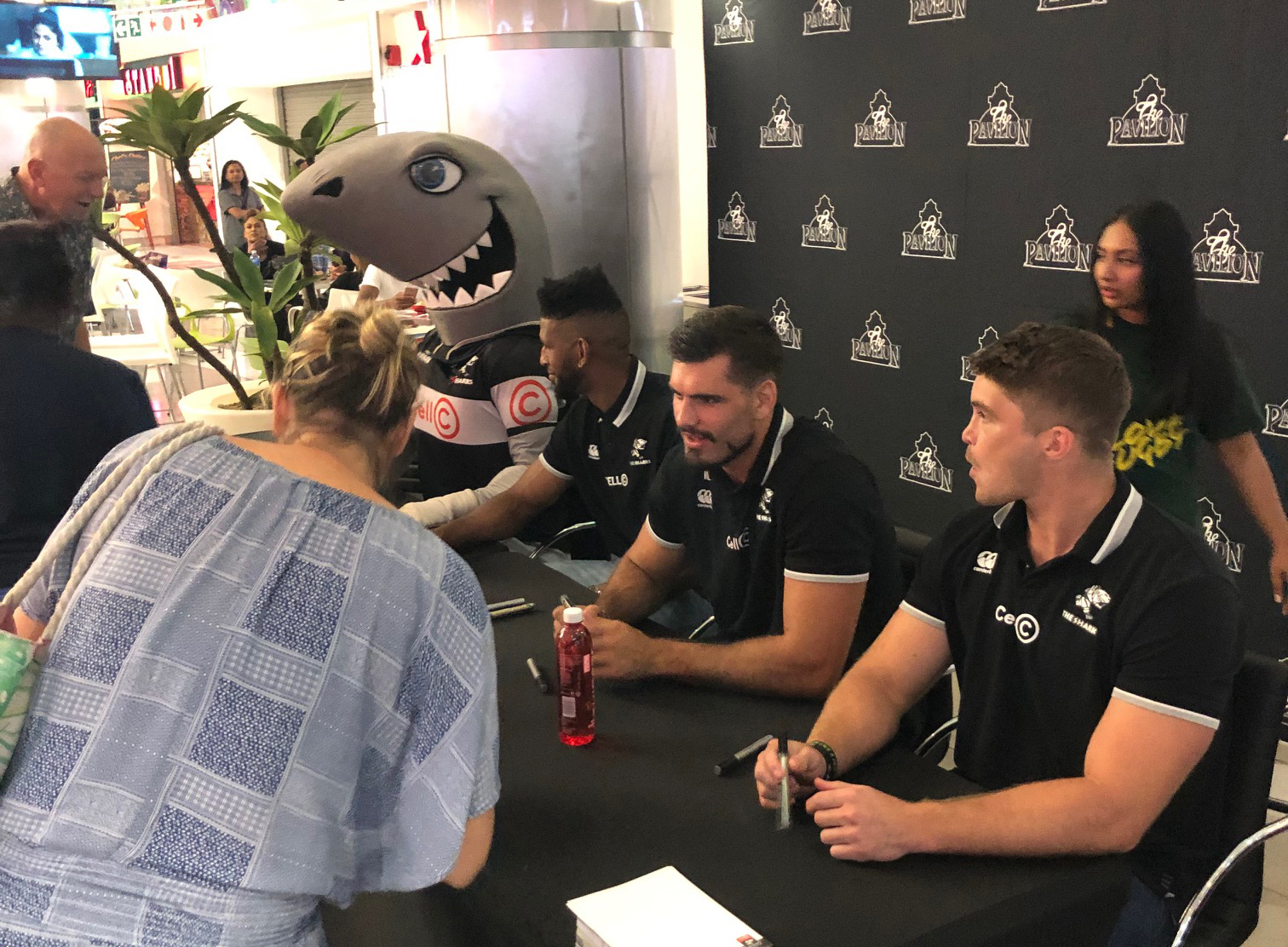 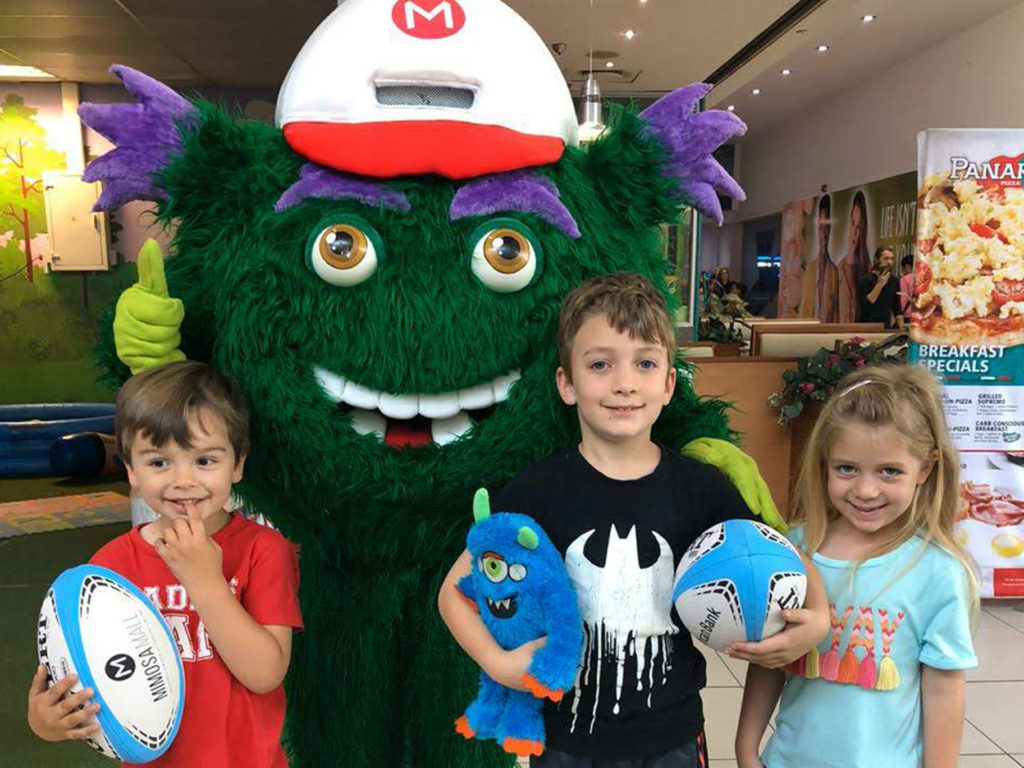 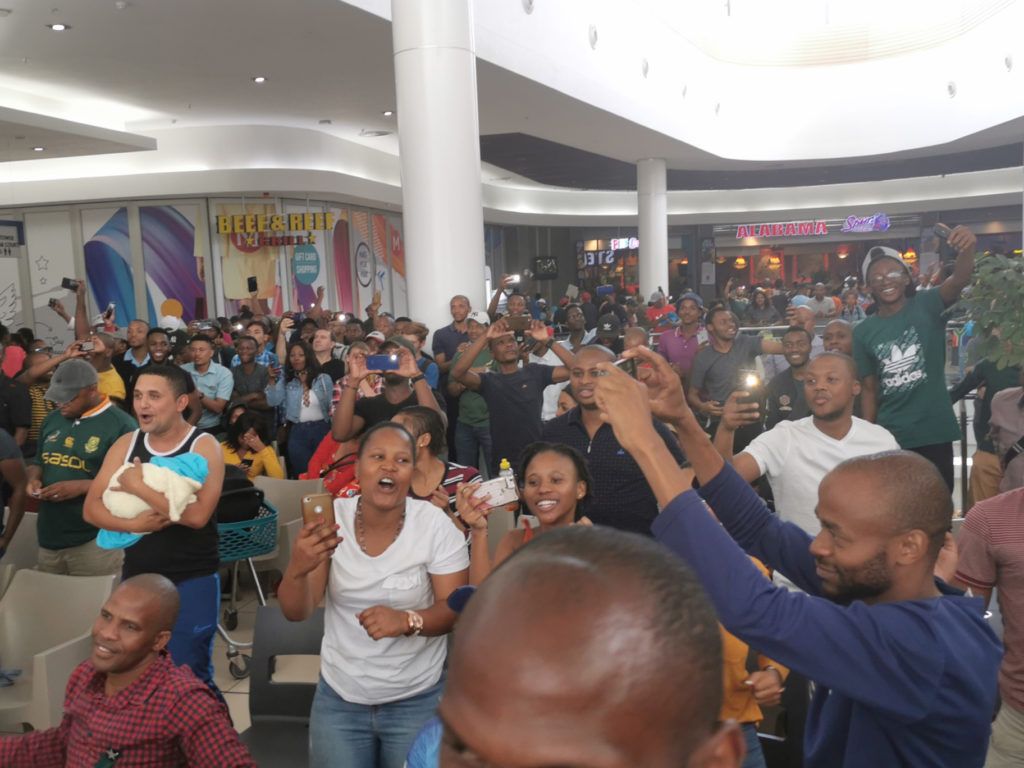 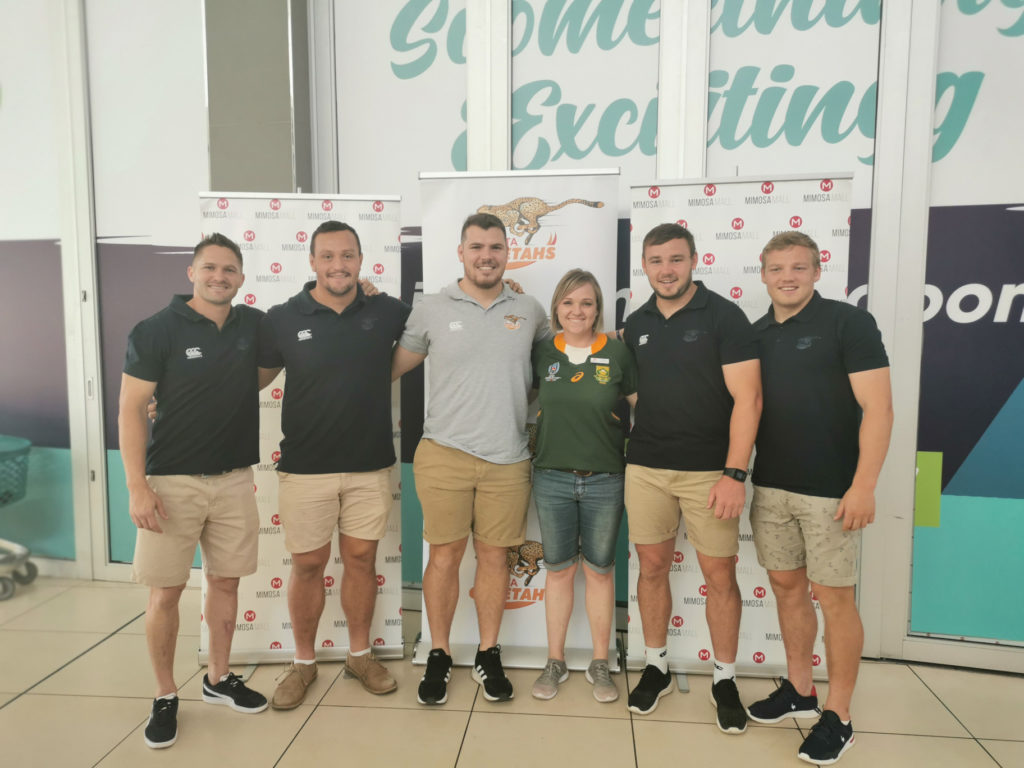 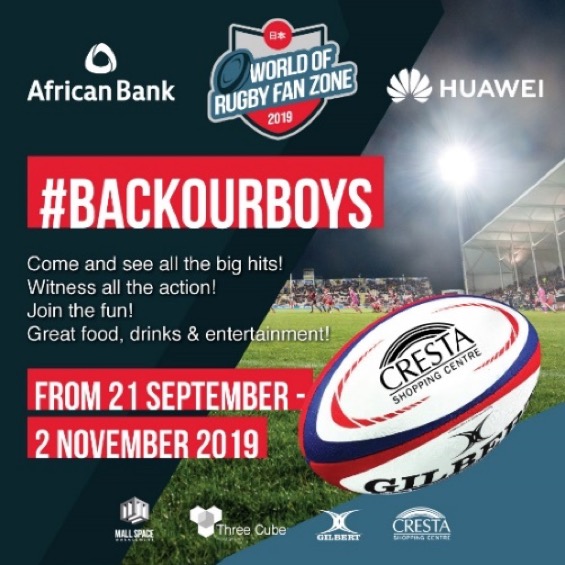